Presentation of the DREAMS project: an interdisciplinary project

I shall first quickly present the biology of fungal networks: filamentous fungi, apexes, hyphae, thallus, mycelium, give
many examples and insist on the multi-scale aspects. An essential diversion deals with combustion, flames, reactive flows,
active fronts, which is also a multi-scale phenomenon. I will then draw a parallel between these two topics: random
expanding (discrete) networks may yield active fronts. Finally, I will mention some possible other applications in
industrial/energy networks, economy, human health, process bioengineering…

Complex Systems and Interaction Networks: Application to the Asymptotic Behavior of Networks of Reaction-Diffusion
Systems in Neuroscience and Ecosystems

Neuroscience consists of the study of the nervous system and especially the brain. The neuron is an electrically excitable
cell processing and transmitting information by electrical and chemical signaling, the latter via synapses, specialized
connections with other cells. A. L. Hodgkin and A. Huxley proposed the first neuron model to explain the ionic mechanisms
underlying the initiation and propagation of action potentials in the squid giant axon. Here, we are interested in the
asymptotic behavior of complex networks of reaction-diffusion (PDE) systems of such neuron models. We show the
existence of the global attractor and the identical synchronization for the network. We determine analytically, for a given
network topology, the onset of such a synchronization. We then present numerical simulations and heuristic laws giving
the minimum coupling strength necessary to obtain the synchronization, with respect to the number of nodes and the
network topology.

Physiological modeling of a neuronal network: emergence of spontaneous rhythmic patterns in the pre-Bötzinger Complex.
The pre-Bötzinger Complex located in the ventral medulla in the brainstem is involved in the non conscious inspiration,
where a network of hundreds of neurons fire regularly in phase with the hypoglossal nerve. The neurons’ activity shows
periodic patterns, with alternatively bursting and silent periods. Using a modeling approach and benchmarking of the model
against experimental data, we predict that short-term plasticity may underlie a spontaneous rhythmic activity in this
network, independently of the intrinsic neuronal properties.

Fisher/KPP models with memory for fungal growth and their numerical simulation
Fungal networks can be modeled as branching processes in which the branching occurs both on the apexes and on the
existing network. Starting from simple branching laws similar to Ricci Catellier & D’Angelo, a fluid PDE model can be
formally derived. Further simplification of the models in the large diffusion limit gives a Fisher/KPP model with memory.
We first study the qualitative behaviour of both the parabolic model and the fluid model, especially the selection of
progressive fronts. We then use these results to design efficient and accurate numerical schemes for their resolution.

Branching processes and asymmetric cell division
I will present models for cell division taking into account asymmetry at division and random transmission of a trait. I will
show for two examples how spine techniques and the knowledge of branching processes in random environment allow to
describe the profile of traits among the cell population. In particular, we are interested in the interplay of asymmetry and
random transmission to capture the population with atypical traits. We will also link these issues to the description of bias
in sampling and the analysis of PDE.

On a multi-type branching process modelling the development of a filamentous fungus
In this talk, a multi-type branching process that models the growth of the network of filaments of a filamentous fungus will
be presented. The network is seen as a population of individuals that may branch, grow or fragment according to prescribed
rules depending on their type. We will analyse the repartition of filaments in length and size and derive a growthfragmentation
PDE that it satisfies. The long-time behaviour of this PDE gives us insights about the order of magnitude
of the population growth rate and as well of the rates with whom the different events happen in the network.

The success of filamentous fungi in colonizing their highly competitive habitats can be largely attributed to their ability to
form a mycelium. This unique structure is an expanding interconnected network of branching hyphae.
By an interdisciplinary approach, we characterize the network structure of the filamentous fungus Podospora anserina
under controlled conditions using temporal series of pictures of this living network. The high-resolution camera allows for
the analysis of both the whole mycelium and individual hyphae. The main features of the evolution of the hyphal network,
such as the total length of the mycelium, the number of connections, the number of apexes, and the intra-thallus surfaces
can then be precisely quantified.

Aiming to understand the complexity of the fungal network and the processes shaping it, we have developed a threedimensional
spatially explicit model that is able to simulate the interactions between fungi and different environmental
stimuli. In addition, we created innovative image analysis tools to extract data from images of growing fungi that will serve
to calibrate mathematical models and study fungal phenotypes in detail.

The Mechanobiology of cell wall growth in filamentous fungi

The growth of walled cells, like bacteria, fungi and plants is limited by the expansion of the cell wall, a thin and stiff sugarmade
layer encasing the plasma membrane. How cell wall mechanics adapts to rapid expansion is not known, in part
because of the lack of imaging methods to monitor cell wall dynamics in live growing cells. Using the genetically tractable
model Aspergillus nidulans, we implemented a sub-resolution imaging method to map cell wall thickness with nanometric
resolution around live growing hyphae. Those data highlight specific patterns with thinner and softer cell walls at sites of
tip growth and serve to decipher how single hyphae growth rates are linked to wall mechanics.

A lattice-based model of fungal growth

Fungi are among the most destructive agents of wood and wood-based products, resulting in the decrease of the building
service life by breaking down lumber structures. This work presents a discrete lattice-based model to simulate mycelial
growth, which explicitly incorporates tip extension, extension angle, anastomosis, and branching. The developed algorithm
eliminates geometrical restriction of the lattice directions. Thus, it can generate realistic mycelial networks with low
computational costs. Different growth conditions are reproduced via tropisms, which influence the tip dominant direction,
such as thigmotropism that enables hyphae to bend around obstacles in structurally heterogeneous media. The validation
of this model is implemented through an experiment focusing on the morphology and growth of Postia placenta, a species
of brown rot fungi. Some model parameters are directly obtained from the experimental data, while others must be
determined by inverse procedure. Finally, the presentation will focus on differences between 2D and 3D simulations, as
well as the possibility to obtain the macroscopic behavior using relevant sets of continuous equations.

Hyphae growth and branching under shear flow and confinement

The fungus Candida albicans is a commensal organism of the human mucosal surfaces that under specific conditions, such
as immune deficiency, can invade through the epithelium and into the bloodstream, causing major failures of internal
organs. We aim to better understand and characterize this invasiveness using microfluidic techniques leading to a control
of the microenvironment. We will in particular focus on the biophysics of C. albicans filaments (hyphae) under conditions
of shear flow and confinement.

In its vegetative phase, P. Polycephalum is made of thousands of undifferentiated cells fusing in a single, multinuclear cell,
which can reach macroscopic sizes. This organism then develops a tubular network in which oscillatory flows are generated
by the contraction of the membranous layer surrounding the “veins”. From a physicist’s perspective, the plasmodium can
be seen as an active gel that is able, at short times, to generate and adapt contractile waves along the veins to generate
peristaltic flows, and at long times to control actively its sol-gel transition to modify the network architecture. During this
talk, I will show our first experimental results on flows and growth of P. Polycephalum transport network, and the interplay
with its contractile activity. I will also show how spatial confinement affects these different quantities. 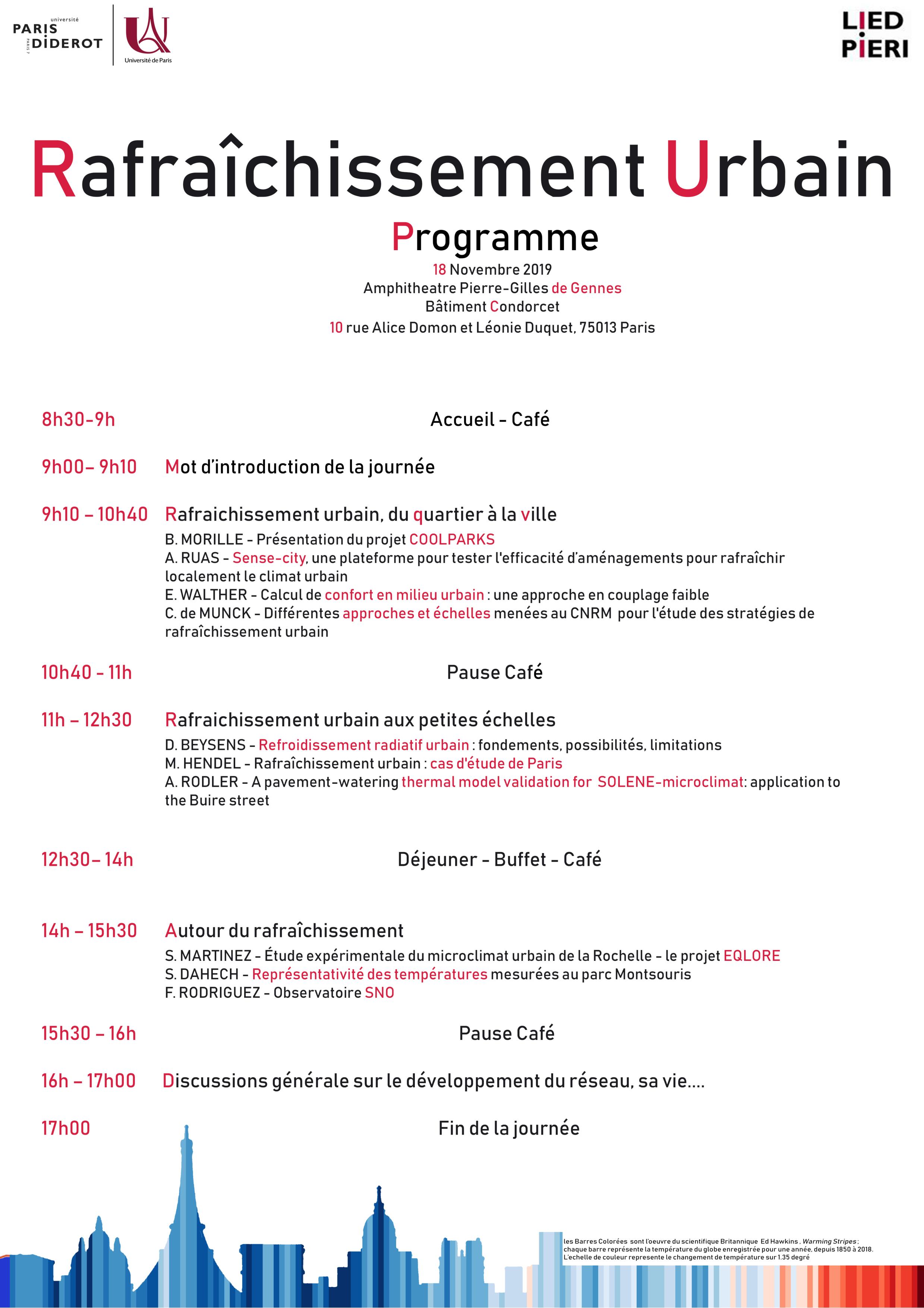 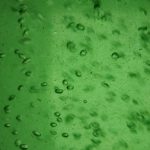